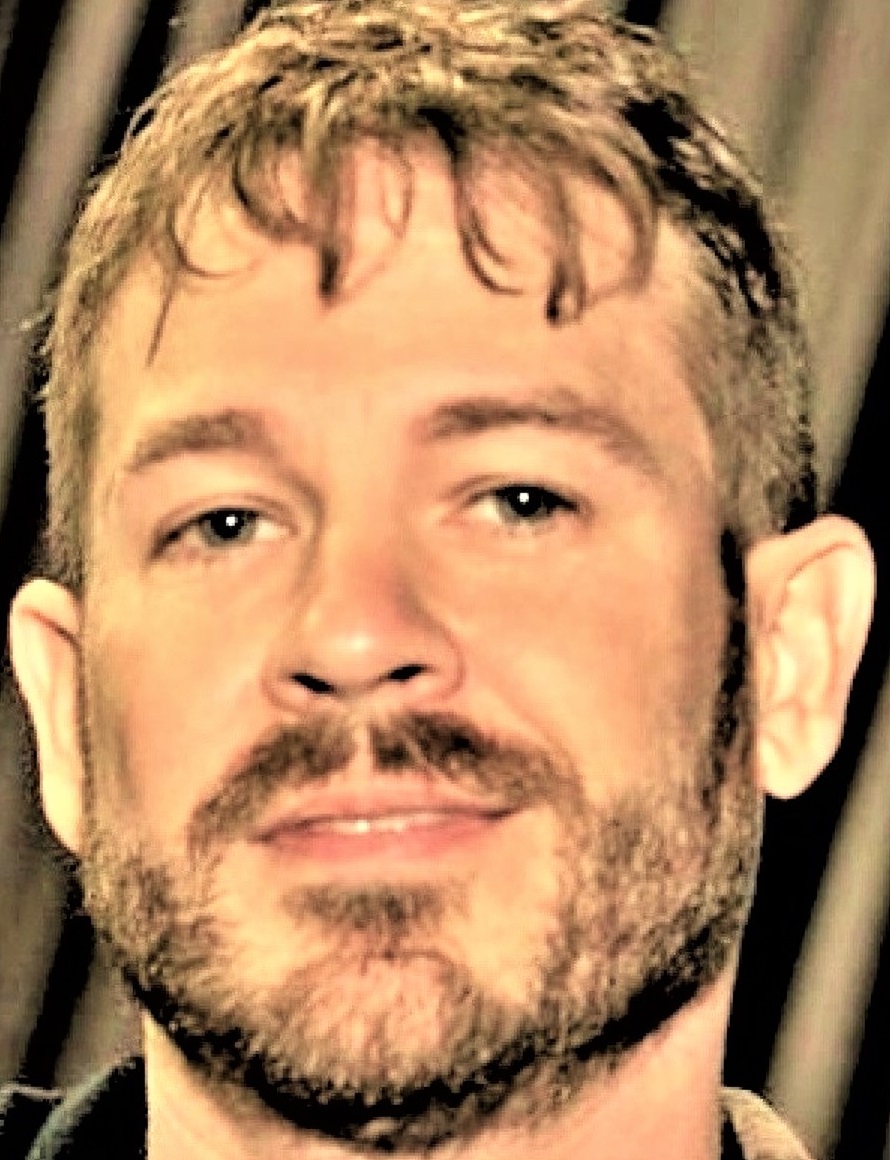 BREAKING NEWS! — PEOPLE of the STATE of CALIFORNIA vs. JOSHUA CALEB COLEMAN – TRIAL DATE!  June 8, 2019, at 8:45 a.m., Sacramento County Courthouse!  COLEMAN is charged with TWO MISDEMEANOR COUNTS of Penal Code Sec. 632(a) which forbids the secret tape recording of other persons without their consent!  Coleman faces up to two years in prison!!

VACCINE TRUTH WARRIOR
Joshua Caleb Coleman is a vaccine truth warrior (whatever that means!).  Coleman’s kid is permanently disabled from vaccine related injuries, but does this mean Coleman is against vaccines?  Hell NO!!  Why would he be?  (IKR?)  In his own words, Coleman is “not anti-vax!”

NOT ANTI-VAX!
Our Truth Hits Investigative Team met with Joshua Caleb Coleman at the Sacramento Comfort Suites Inn, in downtown Sacramento.  We were curious to explore this man — unlucky parent of a child permanently disabled by vaccines — but not opposed to vaccines.  What’s going on here?

NOT ANTI-DRUNK DRIVER
In speaking with Coleman, we used the term anti-vax, and Coleman became irate and flew into a rage, shouting at our set electrician:  “DA FUQ?!  I AM NOT ANTI-VAX!  OKAY?  I AM PRO-LOTS OF OTHER STUFF!!”  Coleman composed himself, then provided a colorful analogy:  “Hey, if drunk drivers runned-over your kid, and your kid was like dead, would you be anti-drunk driver?–NO WAY!  That would be politically incorrect!  If my kid got runned-over by a drunk driver, I would stay positive about it!  I would be pro-safer streets, pro-speed laws, pro-driver education, pro-alcohol awareness, etc., but never in a million years would I be against drunk drivers.  I’m really not against anything!”

OTTO COLEMAN’S VACCINE RELATED INJURIES
We asked Coleman about his son injuries, but were surprised to learn that Coleman doesn’t blame the vaccines directly.  We asked Coleman: So how did the vaccines injure your son?  “Well,” Coleman explains, “his immune system got confused, attacked his spinal cord and did permanent damage.”  Our I-Team has learned that Otto may have been genetically predisposed to vaccine injury, based on poor family history, which may tend to support Coleman’s sentiment that vaccines are not really to blame.  It appears the true culprit that caused Otto’s permanent disability is, in fact, Coleman’s own “inferior stock” — substandard DNA in the Coleman family lineage — which scientists believe may promote and foster Confused Immune Deficiency Syndrome (“CIDS”) in susceptible Coleman family members when exposed to certain vaccine ingredients.  We asked Coleman whether he blames his family history for his son’s permanent disability.  Coleman replied: “If Otto’s injuries were caused by poor family history, then the substandard DNA must’ve come from the other side — from Otto’s mother!”

NO LAWSUIT to STOP SB277
We asked Coleman why he has not filed a lawsuit to stop SB277.  Coleman explained that he briefly considered filing a lawsuit to halt SB277, but ultimately, he declined to sue.  In any event, Otto now attends school.  Coleman explains:  “Otto now attends school under an IEP exemption, so there’s no need to get rid of SB277.”  We asked Coleman:  But what about all the other children who have lost their constitutional right to attend school, but aren’t lucky enough to get IEP status?  Coleman replied: “Hey, I got my exemption!  They can get their own exemptions too!  Do I look like I give a shit?”  Coleman added: “SB277 allows my kid to attend school … maybe it’s a tyrannical law for some families, but my kid benefits under SB277, so I’m basically cool with SB277.”

VACCINE TRANSPARENCY MOOVEMENT
We asked Coleman about his prominent role in the Vaccine Transparency Moovement.  “I’m down with vaccine transparency because we really need see-through syringes,” explains Coleman, “it’s all about transparency — so moms will be able to look right into the syringe — with their own two eyes — and see exactly what goes into their children’s thigh muscle!”  Coleman adds:  “And if there are GMOs in the vaccines, we should label the GMOs — because moms have a right to know if it’s GMO.”

EMBARRASSING YOUR MOOVEMENT
Lately, Joshua Caleb Coleman has been an embarrassment to the Vaccine Transparency Moovement, not so much because he’s a toolbox, but because he now faces two misdemeanor charges in Sacramento — for crimes allegedly committed against the notorious Sen. Richard Pan.  The irony is palpable — an evil, pro-vax doctor is the complaining witness in the state’s prosecution of the parent of a vaccine-injured child.  Isn’t it ironic?  Don’t ya think?

THE CHARGES AGAINST COLEMAN
Last year, Joshua Caleb Coleman was indicted on two misdemeanor counts of California Penal Code Section 632(a), which makes it illegal to secretly tape-record others.  In California, a misdemeanor is a crime for which the maximum sentence of confinement is not more than one year (and Coleman is facing two counts).

THE ALLEGATIONS AGAINST COLEMAN
Coleman is alleged to have secretly tape-recorded the notorious Senator Richard Pan, architect of SB277 — however, in California, it is illegal to secretly tape record others — you must first obtain their consent.  Basically, Coleman is being prosecuted for not obtaining Sen. Pan’s “informed consent!”  Apparently, Coleman failed to “inform” Sen. Pan that the tape-recorder was running, and apparently, Coleman failed to obtain Sen. Pan’s “consent” prior to being recorded!

DOWN the RABBIT HOLE
So, why does Coleman have an obsessive-compulsive need to secretly tape record Sen. Pan in the first place?  Does Coleman really believe the wily Senator will be caught off-guard and make damaging spontaneous utterances to a clown like Coleman — a nitwit wielding a cardboard sign and a bad haircut?  Or, was this just another stunt to get “likes” and “shares” on Facebook — like #PanRan — but this one just happened to end poorly?

MILLION DOLLAR QUESTION
The Truth Hits I-Team remains curious:  How did Sen. Pan even learn of Coleman’s secret tape-recordings in the first place?  (IKR?)  Indeed, here lay the million-dollar question!  But this brings us into murky waters — where the lawyers tell us we’d be rash to go fishing…

ENTER DANIELA MICHEVA
Our Truth Hits I-Team interviewed child psychiatry advocate, Daniela Mecheva (aka Micheva).  Daniela is a Bulgarian national married to an Arab oil sheik who flew out from Ohio to support Coleman in court!  Daniela claims to be Coleman’s staunchest supporter.  We interviewed Daniela outside the Sacramento County courthouse.  Daniela wore a tight-fitting Tammy Wynette, (“Stand By Your Man”), t-shirt two sizes too small to accentuate her neurotropically enhanced bust line!  Daniela stated:  “I stand by Josh because he is a truth warrior and the only way he can tell the truth is by secretly tape recording it!  Amazing!”

COLEMAN’S LEGAL DEFENSE STRATEGY
At trial, will Coleman deny that he secretly tape-recorded Senator Pan?  Or, does Coleman’s lawyer have some clever legal argument up his sleeve?  Is there a constitutional right to secretly tape record others?  Apparently, the District Attorney offered Coleman a plea bargain in lieu of going to trial.  As part of the plea bargain, Coleman would have to agree to stay like 100 yards away from Senator Pan — but Coleman refused the offer!!  Apparently, chasing Sen. Pan around with a cardboard sign is just too addictive for Coleman — and so the matter is now set for trial!

KENNETT AUSTIN BENNETT – PEDO EXPERT
Upon hearing that Coleman’s attorney represented pedophiles, Republican state senate hopeful Kenneth Austin Bennett immediately spoke-out in opposition.  “I have researched pedophilia in depth, and hey, I know all about pedophiles and their snuff films!  Coleman’s attorney is a vile man because he represents pedophiles!  How can this Mike Wise character pretend that he cares about children when he represents pedophiles and gets them out of jail?  Joshua Coleman is somebody’s child, but this lawyer obviously doesn’t even care about children!  Coleman’s attorney should withdraw from the case because his track record of representing pedophiles is disgusting, and further, it’s dividing our Vaccine Transparency Moovement.  And no, I wouldn’t be surprised if Coleman’s attorney is a pedophile too based solely on the fact that he represents them, ya know?–birds of a feather!”  And, furthermore, if any attorneys at the Sacramento Public Defender’s Office represent pedophiles, then each of those attorneys must also be pedophiles too — snuff films ‘n all!”

ANDREW LIEBICH – FAKESHEEP
For all the latest news and info on vaccine legal matters, there is only one trusted source for the Vaccine Transparency Moovement — the Fakesheep Blog kept by Austin Bennett’s campaign manager, Andrew Liebich.  But curiously, despite the fact that the Coleman prosecution is almost one year old, the Fakesheep Blog has never written about it.  We met with Liebich at the condiment counter at a Burger King in Sacramento, and we asked why the Fakesheep Blog avoids mentioning the Coleman prosecution, and Liebich responded:  “Srsly?  Coleman is an embarrassment to the moovement.  But let’s talk about TMP!  I have two TMP tattoos, one on each buttock…”

T. MATTHEW PHILLIPS
Liebich wants to talk about TMP!  (IKR?!  Who doesn’t?)  TMP is the only American lawyer now challenging mandatory vaccines.  The case is now on appeal.  TMP’s legal argument relies on Supreme Court precedent that provides: all vaccines are unavoidably unsafe.  TMP argues that no state may mandate products known to be unavoidably unsafe!  No English-speaking court has ever before addressed this issue.  If TMP’s lawsuit wins, it’s a tremendous civil rights victory, but if it loses, you can expect, within six months, to see mandatory vaccination laws that require inoculation records to get a driver’s license.

TMP – MYTH & LEGEND
Our Truth Hits I-Team interviewed T. Matthew Phillips.  We caught-up with TMP just outside Lee’s Discount Liquors, in the parking lot of an adult bookstore in downtown Las Vegas.  We asked TMP:  Why is your lawsuit so important?  TMP replied:  “It’s probably the most important civil rights lawsuit in America today … frankly, it’s a shame there’s a media blackout.  If we lose, it will establish frightening legal precedent … the state will be allowed to do mandatory blood draws, mandatory organ donations, and mandatory genetic modification of your children, for example, to prevent autism.”

THE UNABOIDABLY UNSAFE ARGUMENT
TMP’s argument is simple and straightforward.  TMP explains:  “No state may mandate products known to be unavoidably unsafe — and that’s the best legal argument I can think of, and frankly, nobody else makes a better argument in opposition to vaccine mandates!”

DIVINE PROVIDENCE
We agree, there may be better lawyers out there, smarter ones, more experienced ones, ones who don’t cuss, etc., but Divine Providence, we believe, has been guiding this all along.  Why?–because TMP is the only lawyer who argues that vaccines are unavoidably unsafe, which rings true — like the voice of the Holy Spirit!  If you’re a Believer, then you know that The Almighty wants to save babies and halt the genocide!  The Almighty didn’t ask for much — just one lawyer — with undaunted courage — to make the unavoidably unsafe argument!  In response to the Almighty’s call, only one attorney stood up — the inimitable T. Matthew Phillips, Esq.!!  And your moovement has never been the same since!

‘SEND ME!’
TMP explains, “Sure, I went to Sunday School — where I learned how to roll blunts — and I got the ruler scars on my knuckles to prove it!”  TMP adds, “But I still remember Isaiah 6:8 … it’s in the Brad Pitt tank movie! ‘Whom shall I send?’ asked the Lord.  ‘Who will go for us and argue that vaccines are unavoidably unsafe?’ And so I, TMP, said unto the Lord, “Here am I.  SEND ME!”

MORALITY TALES
But some ask:  Why would God send TMP?–a degenerate alcoholic who curses like a sailor, hates women, and makes fun of vaccine-injured kids?  We put this question to random shoppers at the Del Amo Fashion Center in Torrance, Calif.  Their top answer?  Our survey said?–  God works in mysterious ways.

Written, Produced, and Directed by the Truth Hits Investigative Team!