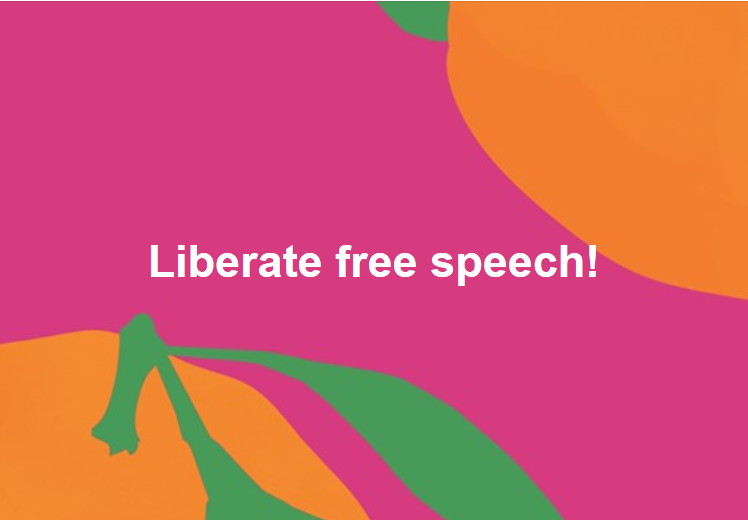 Facebook Wins First Round
On Nov. 8, 2018, we were in beautiful downtown Los Angeles, Calif. — for a court hearing in connection with the lawsuit [L.A. County Case No. BC 714084]  The court heard objections from Facebook lawyers.  Sadly, the court agreed with Facebook’s objections and dismissed our case.  But we have not yet begun to fight!

Good Faith Requirement
Federal law does allow computer service providers, like Facebook, to “restrict access” to certain types of user-generated content; however, where Facebook does decide to “restrict access,” federal law imposes a “good faith” requirement.  This means that Facebook is legally within their rights to delete your post or take down your page — so long as Facebook can show that the censorship was undertaken in “good faith” — which is ultimately a question of fact for a jury.

Lack of Good Faith
Our lawsuit alleges that Facebook — when they delete posts and take down pages — does not act in “good faith.”  Why?–because Facebook stubbornly refuses to explain their hidden motives for deleting posts and taking-down pages.  Notably, Facebook never communicates with users.  And, under California law, failure to communicate between parties in ongoing relationships demonstrates a shortcoming of “good faith.”  Here, we are clearly entitled to prevail against Facebook!

So How Did We Lose?
Well, remarkable as it sounds, the court ruled that the acts of deleting posts and taking-down pages are “publishing decisions” and that Facebook has a free speech right to make such “publishing decisions.”  But this misses the mark!  We believe that deleting posts and taking-down pages is best characterized as “restricting access to user-generated content” which federal law specifically contemplates at 47 U.S.C. § 230!  (Google it!)

The Judge Ignored the Law
In the court’s six-page ruling, the judge never once mentioned the governing federal law — 47 U.S.C. § 230!  The judge utterly ignored the applicable federal law and ruled that Facebook has a free speech right to engage in censorship!  But this is a poor ruling!  And our case is thus ripe for appeal. 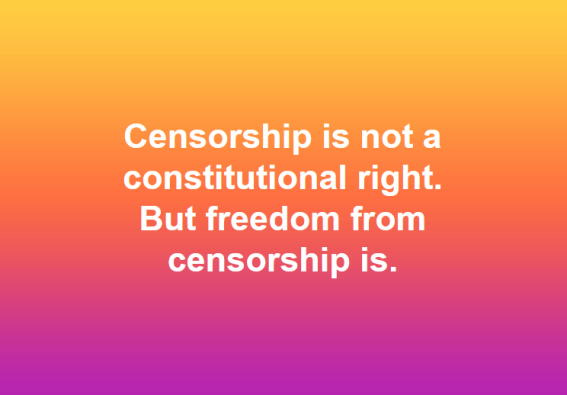 Legal Issue on Appeal
The precise legal issue turns on “how” one characterizes the act of deleting user-generated content.  When Facebook deletes users’ posts, we argue that Facebook is “restricting access to user generated content” (which they’re allowed to do, provided they demonstrate “good faith” motives).  However, Facebook argues that, when they delete users’ posts, they are making “publishing decisions,” which they argue, are protected by the Constitution!

Immunity from Lawsuits?
If the court’s ruling stands, then it will be physically impossible to ever sue internet cartel members — Facebook, Google, YouTube, Twitter — because regardless why you want to sue them, they will characterize their actions as “publishing decisions” — and they will have absolute and total immunity from liability — not unlike the absolute and total immunity that vaccine makers now enjoy!

Censorship is Not A Constitutional Right!
No American court has ever before ruled that “censorship” is a constitutional right — and if this ruling stands — then free speech is dead as a doornail in America.  Sure, you can take a walk downtown, stand-up on a pickle barrel and preach about vaccines, GMOs, and chemtrails … but nobody will hear you.  And this is why we fight for freedom of speech on the internet!  Free speech mustn’t be limited to “free speech zones.”  Rather, free speech must extend to all four corners of America — and all nooks ‘n crannies in between — including the internet!

Liberate Free Speech!
We need a new paradigm.  In our view — so long as Facebook users refrain from pornography, extreme violence, and criminal threats, then everything else should be deemed free speech!  🙂

We Shall Overcome!
California law guarantees the right to freely publish one’s sentiments on all subjects!  [See California Constitution, Art. 1, Sec. 2]  We believe we will win in the Court of Appeal!  And, failing that, we are bound and determined to ride this train all the way to the end of the line — to the U.S. Supreme Court!  Why?–because if we don’t fight the internet cartel — then nobody else will!  Remember, we are the ONLY lawsuit fighting for free speech on the internet!  And we shall overcome!

P.S.  Remember, the media blackout on this lawsuit remains in full effect.  Neither the mainstream media (nor alternative media) are allowed to mention this free speech lawsuit.  Therefore, YOU must be the media.  Please share widely!  “Mahalo!”

“Censorship is not a constitutional right,
but freedom from censorship is!”
T. Matthew Phillips, Esq.

One thought on “FREE SPEECH LAWSUIT: Facebook Wins First Round – Plaintiffs Determined to Take it to Supreme Court!”