“Your Tongue is Locked and Your Lips are Hermetically Sealed!”
An Essay on Cosmic Fire – by T. Matthew Phillips, Esq.

Today, in the Information Age, those who control information—control the world.

Everybody Wants to Rule the World!

Why did YouTube just close thousands of accounts and purposely sacrifice millions of dollars in revenue?  Nowadays, it seems the corporate desire to drain your wallet is less urgent than their desire to control your mind.

In the Information Age, controlling information is more valuable than gold.  “Information control” is the key that unlocks the door to your mind!

Back in 1987, Gordon Gekko famously said, “Greed is good.”  Back in the day, corporations were greedy.  Corporations once pursued profit.  But those days are gone forever.  This is the Information Age!  Controlling what you “see” and “say” is now the world’s most valuable commodity.

In The War to Control Your Mind, censorship is the ultimate weapon of mass destruction!  Ironically, censorship now comes to America under the guise of “free speech!”

Internet service providers, (“ISPs”), such as YouTube, Twitter, E-Bay, etc., now contend that their “free speech” rights include the right to censor what you can “see” and “say!”

And now begins their Purge of Undesirables!  So who gets voted off the island first?  Moon landing deniers and 9/11 truthers!  Why?–because they are free-thinkers!  Independent thought always poses the greatest threat to the Powers That Be, (“PTB”).

So why should YouTube care whether you believe the JFK assassination was an “inside job?”  Does YouTube have some agenda more urgent than the almighty dollar?

YouTube is concerned only with controlling your thoughts, ideas and beliefs—with an eye on world domination!  Attention, free-thinkers: sound the alarm!—before they once again begin loading folks onto railroad boxcars.  #HistoryRepeatsItself

Sadly, on June 6, 2019, our Facebook free speech lawsuit was dismissed, [Scarborough vs. Facebook, L.A. County No. BC714084].  It was dismissed because the court concluded that “censorship” is a form of “free speech!”  But wait!  Nineteen Eighty-Four was supposed to be a cautionary tale, not a blueprint for subduing the masses, right?

Facebook lawyers actually argued that their client’s grab-bag of “free speech” rights includes a constitutional right to censor others.

Apparently, the corporate “right to censor” is paramount to the individual’s “right to publish.”  This upside-down logic comes straight out of Nineteen Eighty-Four!

The Right to Freely Speak!

I wanna wake-up in a world where “free speech” means that nobody may prohibit your thoughts, ideas, or beliefs — simply because the majority finds them offensive.  “Debate on public issues should be uninhibited, robust, and wide-open,” wrote Supreme Court Justice Brennan, [New York Times v. Sullivan, (1964)].

We argue that, on public platforms, so long as one refrains from posting: (i) criminal threats, (ii) pornographic images; (iii) excessively violent images, or (iv) private info of others—then everything else is “free speech!”

In Orwell’s novel, Nineteen Eighty-Four, the Powers That Be, (“PTB”), created their own language, called New-Speak.  It was a controlled language that restricted certain words—which enabled the PTB to restrict “free thought,” “free expression,” and “free will”—which the PTB viewed as a clear and present danger to their well-ordered super-state.

Marinate on this — all thoughts, ideas, and beliefs are inextricably tied to language; one cannot hold a belief unless that belief is represented by words.  And thus, if the PTB limit the words available to you, then they also limit your belief system.  This is called mind control.  It’s happening in America.

The Rise of Robots!

In our new world order, corporations bravely censor all opinions that run contrary to “official” state opinions.  The hostile takeover of your mind will soon be complete.

And then you become a slave.

Finally, with the light-speed progress of artificial intelligence — you will be rendered “obsolete” — by A.I. robots who can do your thankless “9-to-5” job more cheaply and efficiently than you can.  “Danger, Will Robinson!”  The rise of robots will soon displace a large chunk of humanity!  (Not a question of “if.“) 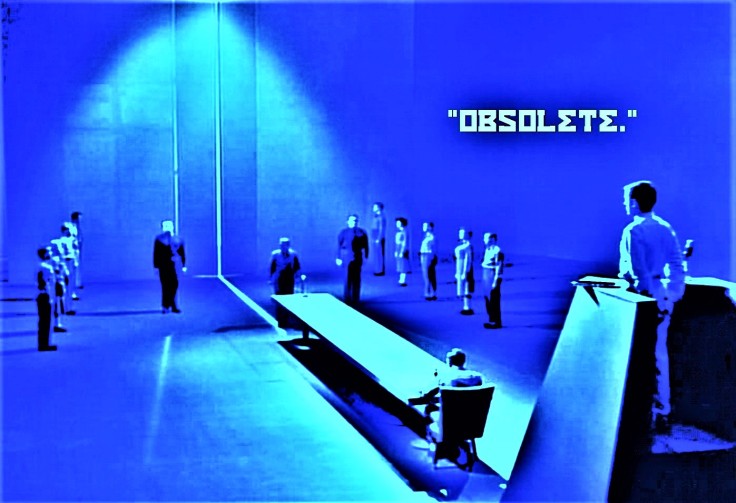 Instagram now blocks the hashtag: #VaccinesKill.  If you click on #VaccinesKill, no results will auto-populate.  According to Instagram: “Posts for #VaccinesKill have been limited because the community has reported some content that may not meet community guidelines.”

Oh, really?  The “community” reported some content?  Who reported it?  Merck or Pfizer?  And since when did community standards replace constitutional liberties? 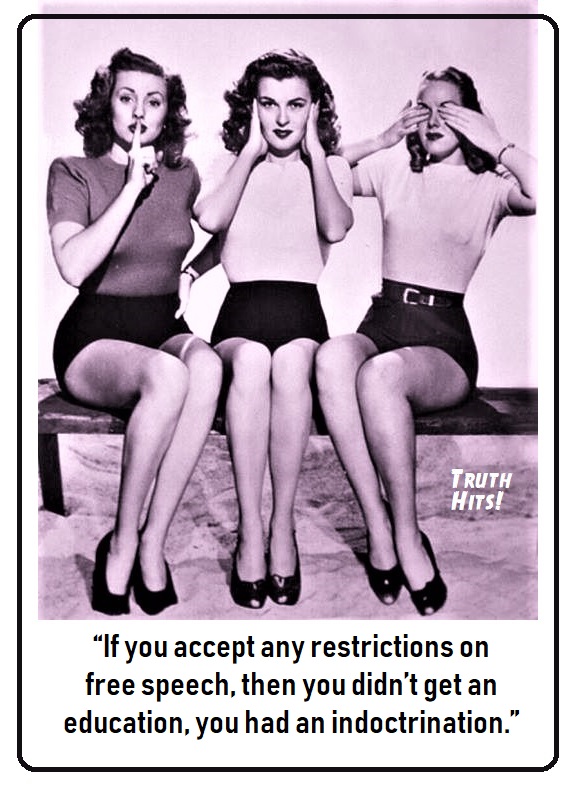 Under federal law, Facebook, Instagram, YouTube and Twitter, are labeled internet service providers, (“ISPs”).  Conceptually, ISPs are not publishers; rather, they are “neutral” platforms for other publishers — who wish to publish rants, selfies and cat photos.

ISPs are supposed to be passive conduits for the “free speech” of others.

But consider this: if these ISPs were truly “neutral,” as the law contemplates, then why would they care about your vaccine beliefs?

The greatest trick the Devil ever pulled was convincing the world that vaccines are safe ‘n effective!  Biggest lie ever told!  Read my lips: “Vaccines kill!”

Okay, there’s nothing wrong with dirty words.  Statistics show that folks who curse are more honest than those who bridle their speech.  In fact, when folks swear on a daily basis, it lowers their blood pressure.  Look it up!

The point is, “cuss words” are constitutional.

But there’s nothing more annoying than “self-censors” — who sanitize their own speech to suit the palates of the squeamish — with clever misspellings of everyday swear words such as “f*ck.”

Just remember, in the “inner ear of your mind,” the word “f*ck” sounds exactly the same as the word “fuck.”  #Bamm!

Moral of the Story!

If we fail to safeguard the right to free speech, then we may lose the ability to tell the truth about vaccines, GMOs, and chemtrails — and future generations may then be doomed.

“Unless someone like you cares a whole awful lot, nothing is going to get better.  It’s not.”  – The Lorax 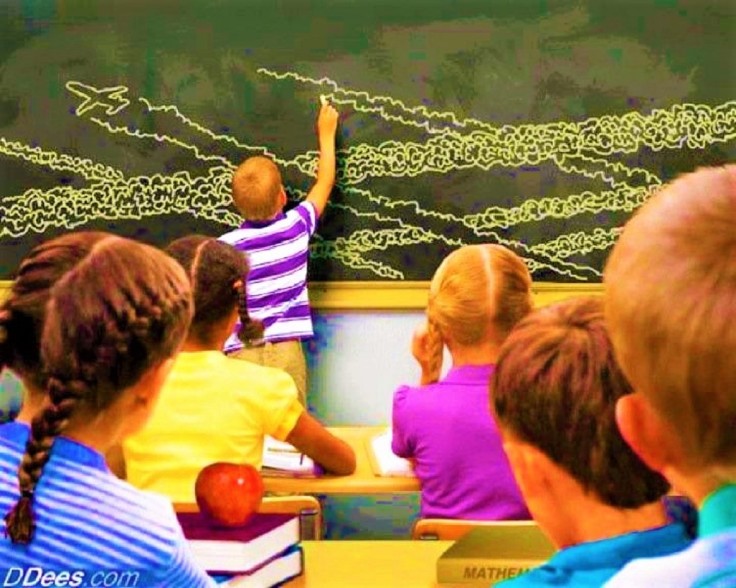 My mother used to tell a funny story.  One day, when she was about ten years old, she wandered outside and visited her aunt’s house next-door.  Her aunt asked: “Where’s your mom?”  My ten-year-old mother replied:  “She’s home cleaning the fucking coffee pot.”  They both laughed hysterically.