WORST EPIDEMIC EVER
Europeans arrived in modern-day Mexico back in 1511 — survivors of a Spanish shipwreck, the Santa María de la Barca.  The native population of Mexico then numbered around 30 million.  But before the century ended, more than 50 million would die of contagion; by the year 1600, only about 2 million remained.

The Spanish Conquistadores had introduced smallpox — the deadly scourge of Europe — the most lethal pathogen of all-time.  Smallpox decimated the locals.  The native peoples of Mexico suffered perhaps the worst epidemic in the history of ever.

SMALLPOX
Since the dawn of time, smallpox has killed more humans than any other cause of death.  In the 20th century alone, smallpox killed over 300 million worldwide — more than all the century’s wars — plus plane, train and automobile wrecks — combined.

Five hundred years ago, smallpox wiped-out the indigenous peoples of modern-day Mexico.  The disease ravaged Los Aztecas and their rich culture — which had produced sophisticated law, music and architecture.  Smallpox devastated Teotihuacán, where the locals built pyramids to the sun and moon — as well as the shining city of Tenochtitlan, where over a quarter million inhabitants once lived. 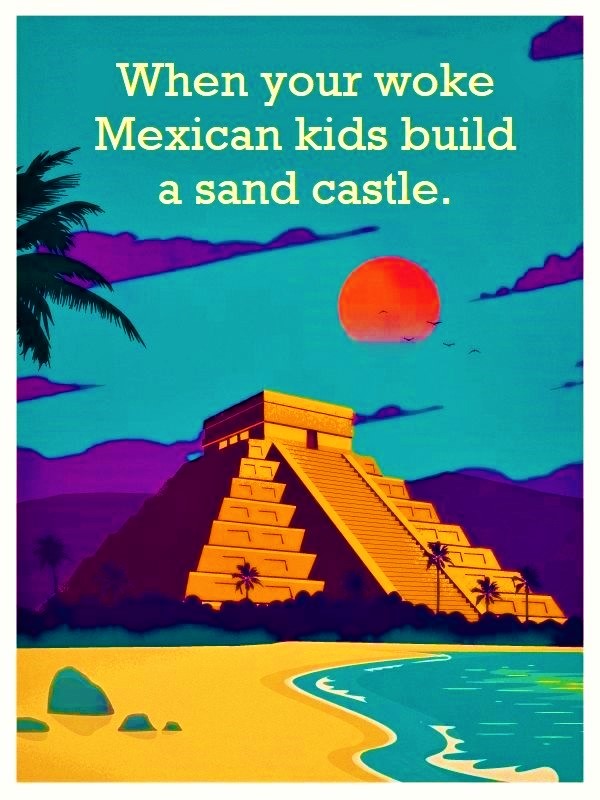 THE GREAT DYING
Smallpox conquered the locals far more effectively than Spanish firearms.  For the native peoples of Mexico, it was a near-extinction event with a staggering death rate that exceeded 90%.

Smallpox was particularly lethal for the locals because they never learned about quarantine procedures — and the Spaniards never bothered telling them.

Faced with apocalypse, the indigenous peoples of ancient Mexico chose compassion.  They never abandoned those who fell ill.  They held hands with the dying.  Not surprisingly, the contagion spread like wildfire throughout ancient Mexico.

The Conquistadores told the locals they could flatten the smallpox curve — if only they’d kneel before the Spanish god.  The Conquistadores explained that the Aztec gods, about 200 in all, had deserted the locals.  It was the crucifix that kept the Spaniards safe.  Mexico has been Catholic ever since.

The Conquistadores then gave Los Aztecas a final middle-finger salute by building churches atop the former Aztec houses of worship — just to reemphasize the point.

THE ASYMPTOMATIC SCAM!
The state-run media reports case after case of “asymptomatic” C-19 victims.  But it’s all a con-job!  The “asymptomatic” diagnosis is a scam designed to cover-up false-positive test results!

Note: C-19 testing is always inaccurate because they never isolate a whole, intact virus under the microscope!  Instead, they test only for partial, genetic fragments (which may or may not have originated from the virus).  Naturally, this imprecise testing protocol yields inaccurate test results — and “false positives” galore!

Remember, big money is riding on “positive” test results!  They want you to be “positive” — even when you’re not — because higher infection rates yield more emergency relief dollars!

TYPHOID MARY
The “asymptomatic” scam  began in 1906 with the legend of Typhoid Mary.  It was a contrived media event, (a “false flag”), perpetrated by the medical establishment and broadcast in the mainstream media — the Hearst newspaper empire!

They sought to fool the masses into believing a bold and devious lie — i.e., that a person can be infected — with no sign of infection — but still infect others!  (How is this even possible?!)  A 37-year old Irish immigrant named Mary Mallon would be their “patsy.”

Stop right there.  Mary Mallon infected no one.  Lack of indoor plumbing is the culprit.  Back then, typhoid fever was common because they had lousy hygiene and no sanitation.  Fecal matter was everywhere.  In 1906, typhoid fever claimed the lives of 639 New Yorkers.  But to blame Mary Mallon for starting epidemics is ridiculous!

TYPHOID FEVER
Typhoid is not contagious!  It is not caused by close-quarters contact; rather, it’s caused by eating foods contaminated with fecal matter.  And this typhoid factoid is essential to understanding the Typhoid Mary scam.

Sadly, New York health inspectors put the screws to Mary Mallon.  The poor Irish lass spent over 25 years as a prisoner in forcible quarantine — on a bleak island in the East River — locked-up without due process of law.  😦

The American Medical Association gave her a catchy nickname: “Typhoid Mary.”  The Hearst newspaper empire then put her story on blast.  Mary Mallon became an instant celebrity — a media sensation!  She was the first person ever diagnosed with a disease — but no symptoms — yet somehow able to infect others.  (Get it?)

The AMA then gave poor Mary a brand new medical status: “asymptomatic carrier.”  A hundred years later, this status is suddenly back in vogue again!

Today, there are millions of C-19 carriers!  In fact, C-19 holds the world’s record for most “asymptomatic carriers” ever!  (Surprised?) 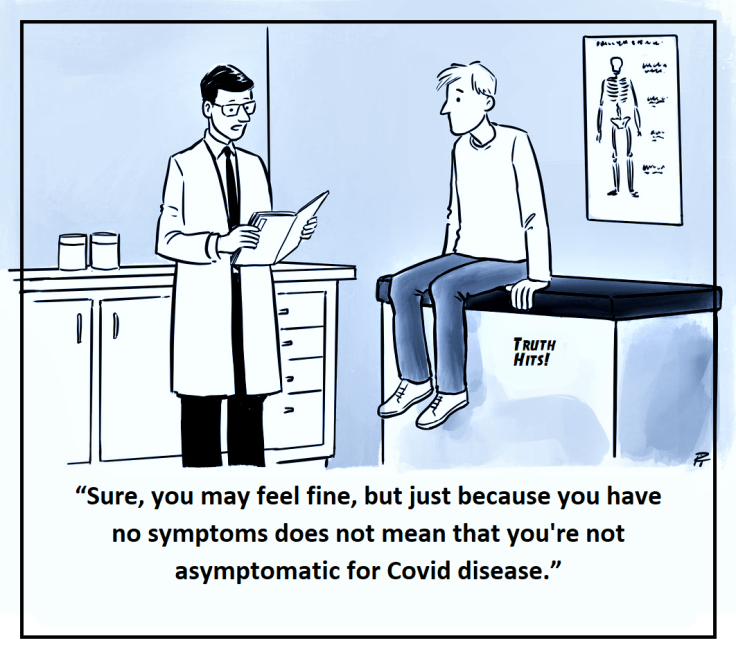 THE CONUNDRUM
Sure, you may feel fine — but the lab says otherwise!  And the lab is always right because, well, you know, “science.”

And herein lay the problem — there’s no way to disprove the lab results!

How can you challenge your “asymptomatic” diagnosis?  (Um, you can’t!)  It’s impossible to challenge their test protocols or their test results.  It’s rigged that way.

THE TRUE MEANING of ASYMPTOMATIC
“Asymptomatic” translates to “no symptoms of disease,” which means healthy!

“Asymptomatic” is just the doctor’s way of saying: “You are perfectly healthy!”

Historically, quarantine has been for sick people.  But today, with C-19, we see quarantine for healthy people.  (Get it?)

Breathe in, breathe out!  You are perfectly healthy!  Don’t let nobody tell you otherwise.  🙂 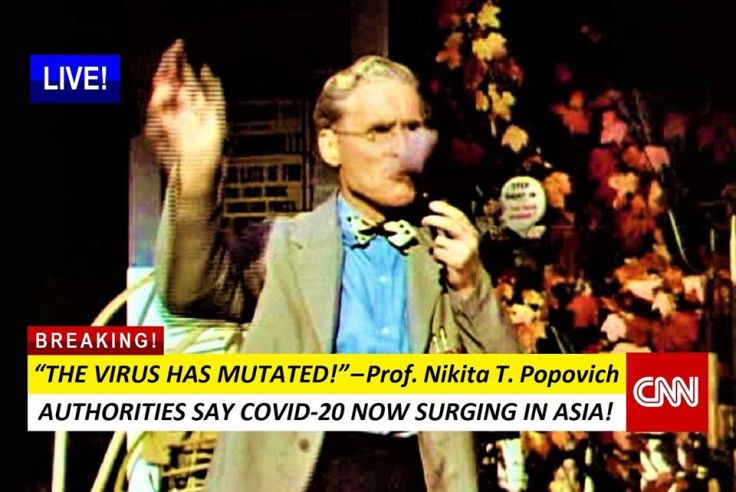 “If fools did not go to market,
cracked pots and false wares would not be sold.”
Clifford Irving

17 thoughts on ““Asymptomatic-19: The False-Positive Scam!””