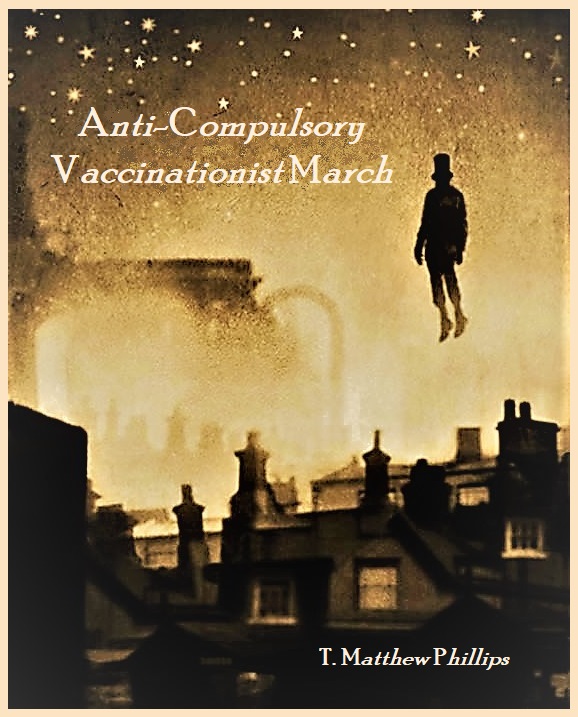 Last summer, I came across a blurry snippet of ancient sheet music, from the turn of the last century, for a song called The Anti-Compulsory Vaccination Hymn.  I was immediately intrigued.  The title of the piece captured my attention, as did its melody, which captured my imagination the moment I first laid eyes upon it!  (When reading sheet music, I can hear the music in my head.)

Surprisingly little is known about the song and there are no online recordings of it.  The sheet music indicates it was set to an older melody, Wait ‘Till the Clouds Roll By.  Apparently, it was the fight-song of the anti-vaccination societies of the era.  But sadly, it must have fallen out of favor as the societies became less active in the wake of 1905 Supreme Court ruling, Jacobson vs. Massachusetts, which validated compulsory smallpox vaccination.

The meter of the song suggests a marching band tempo, and it’s likely that activists performed the song not only in church, but also while marching in the streets of New York, Philadelphia, and Boston, and also in Leicester, Birmingham, and London.

I wrote an intermediate level piano arrangement, easily performable by your average church lady (or church dude).  I then made a recording of the song performed in the style of two celebrated pianists of the day, Johannes Brahms and Claude Debussy — and then I added some ornamental flourishes à la Liberace in Las Vegas!  For copyright purposes, I changed the title from “Hymn” to “March.” 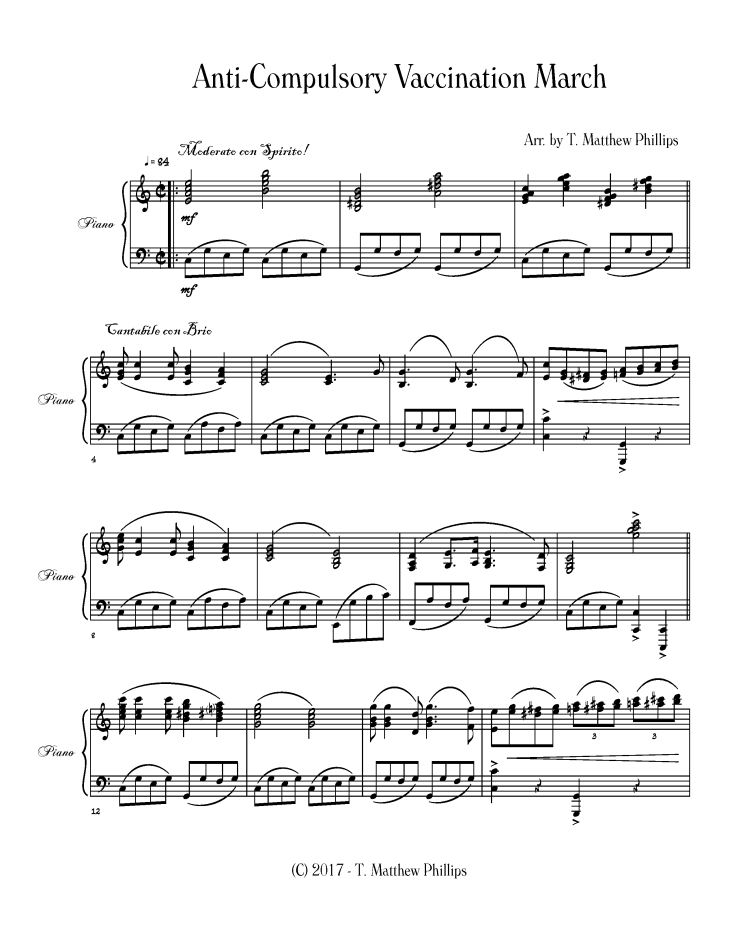 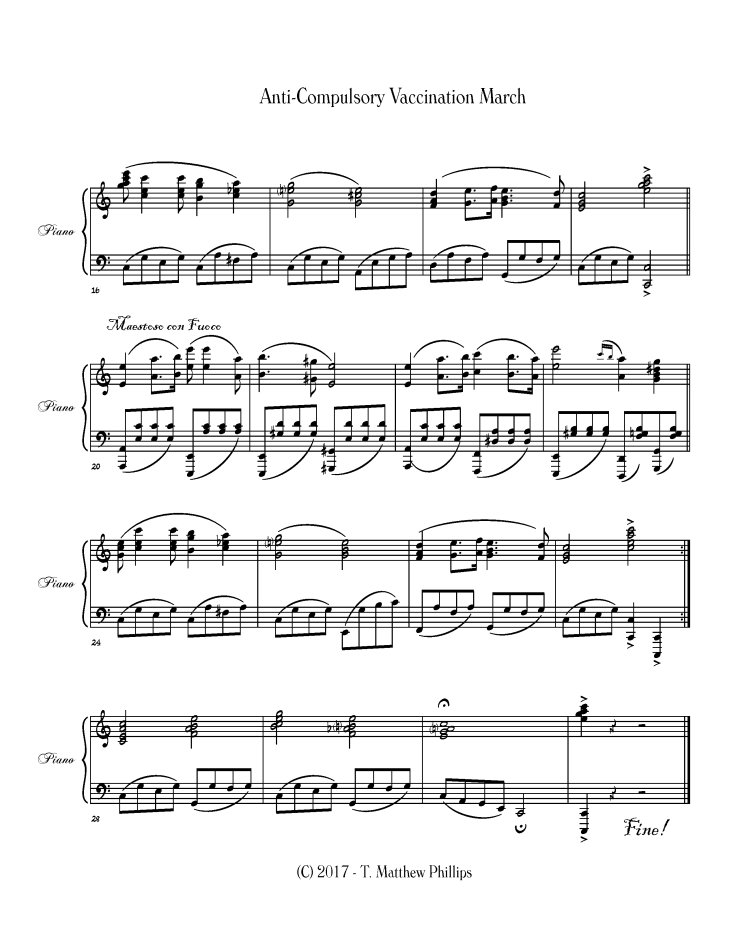 The lyrics of the song are particularly moving because they mention sweeping away a compulsory vaccination law, which I hope will soon happen in California, New York, Mississippi, and West Virginia—

“Brothers in heart united, raise we our voice today;
Now let our vow be plighted, to sweep this law away!
Say shall our little children, suffer around us still?
Curs’d by a cruel custom, doomed by a despot will.”

“Brothers, we’re marching onward, progress lies on before;
Fain would the hand of terror, close up the burning door.
Seizing our new-born infants, blighting their lives with pain;
Filling their veins with poison, tainting each tender brain.”

“Brothers, our fathers suffered, died that we might be free;
Died that a faith unfettered, right of each soul should be.
Yet doth a dark superstition, peril the health of all;
Built on the sands of error, pray we it soon may fall!”

Source:  The College of Physicians of Philadelphia 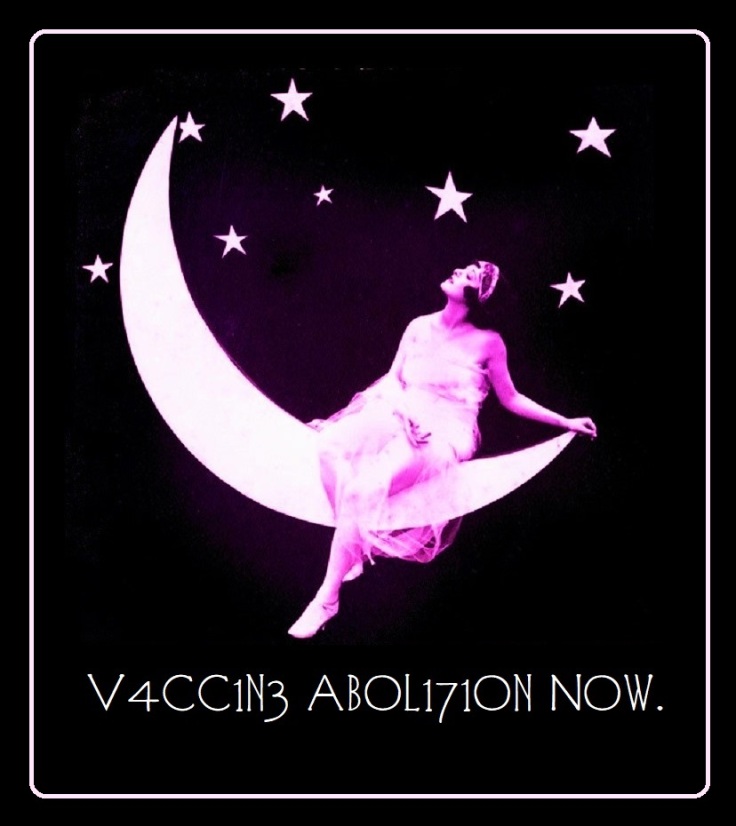 While at the piano, I was truly inspired!  I tried to imagine how activists from yesteryear would have performed the song.  And I was amazed at how the melody is so “infectious!” Ultimately, I came down with a bad case of “Abolitionist Fever!”

It then occurred to me that there are no national organizations that actually oppose vaccines.  For example, the National Vaccine Information Center, (“NVIC”), is vaccine neutral – they neither oppose nor support vaccines.  It also occurred to me that there are no Facebook groups that actually call for vaccine abolition.  As a result, I joined with several other freethinkers and we founded Vaccine Abolition Society! 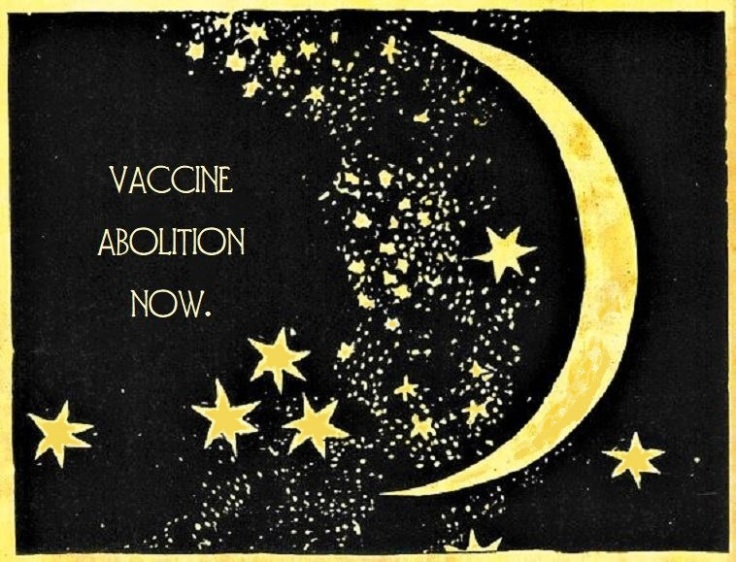 Just ask yourself — if you could time-travel back to slavery days, when Abe Lincoln was President, would you march in the streets to raise slavery awareness?  Would you fight for slavery choice?  For safer plantations?  Or, would you raise your fists on high — and demand the unconditional abolition of slavery?

Back when this tune was popular, all anti-vaccinationists called for Abolition.  120 years ago, all vaccine activists had the same message:  “Abolish vaccines!”

Back in the day, no activist rambled on about “Informed Choice!”  The brave families who sang this song had but one true-blue message — “Abolish vaccines!”

We stand on the shoulders of giants.  We keep alive the hopes and dreams of yesteryear’s Abolitionists.  We have one true-blue message — “Abolish vaccines!”

Let the word go forth!  We demand a nationwide ban on the production and sale of vaccines!  We are on the right side of history!  And we shall overcome!

C’mon!–why be an ex-vaxxer when you can be an Abolitionist?  How many more vaccine injury stories will you like and share before demanding vaccine abolition?  Okay, you wanna know how to end the autism epidemic?  Demand vaccine abolition now!

“Inside every anti-vaxxer, there’s an Abolitionist trying to get out!”
~~ T. Matthew Phillips, Esq. 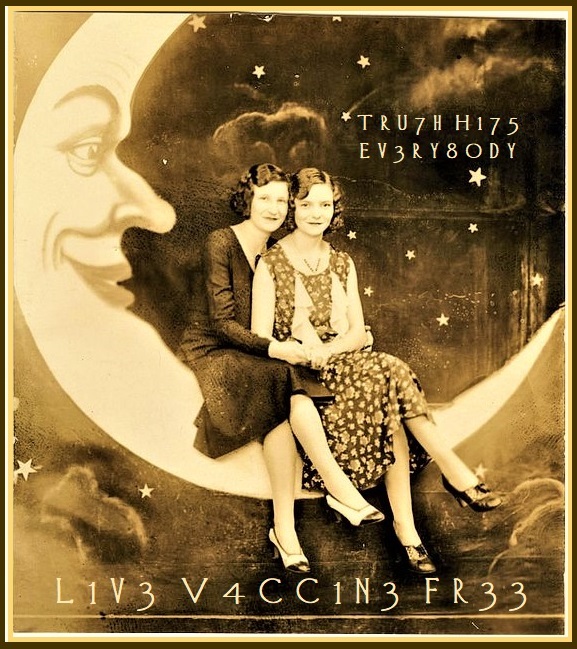 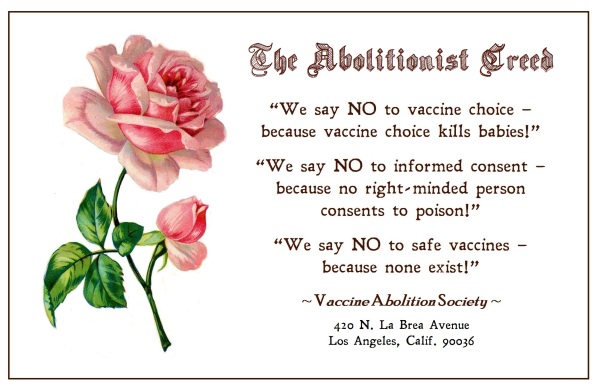 When you hear the song’s enchanting melody, you will experience inner-stirrings of profound spirituality!  Once you click on the mp3, (below), you will know and understand why the Abolitionist cause is both just and righteous — because Abolition is the ONLY way to stop the vaccine holocaust!

The devout Abolitionist hears the song’s spiritual message, “We Shall Overcome,” as well as its humanitarian message, “Vaccine Abolition Now!”  Listen closely!  If your heart is true, you’ll hear these messages too!

So, ladies ‘n gents, without further ado:  The Anti-Compulsory Vaccination March – performed by Yours Truly!  Crank it UP!!  ~~TMP. 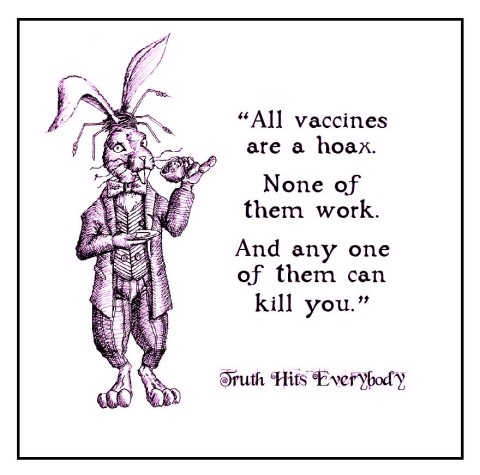 “Freedom means nothing if you can’t
keep the government out of your body.”
~~T. Matthew Phillips, Esq.

4 thoughts on ““Forgotten Anti-Vaxxer Fight Song – Heard for the First Time in Over a Century!” (mp3 inside!)”